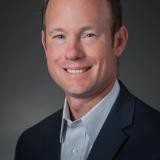 David O’Leary brings over 27 years of management experience through several key roles in Sales, Finance and Operations positions that he has held during his career at UPS. As Vice President of Service Parts Logistics and Returns, David is responsible for the US and Canada operations while having strategic oversight for the product globally.

Prior to taking on this role David was Vice-President of High Tech Sales. In this role, David was responsible for managing a group of High Tech sales executives who support internal and external sales cycles focused on UPS distribution and service part logistics products.

David began his career with UPS through the acquisition of Livingston Inc. in October 2000. Just prior to the acquisition, David had moved into a Service Parts Logistics (SPL) operations role and assumed more senior operational responsibilities within SPL at UPS. Prior to moving to operations, David spent four years with Livingston in various financial roles. His last financial assignment was Controller of Livingston, Inc. David spent one year at Coco-Cola as a Finance Manager prior to joining Livingston. David also worked for Price Waterhouse for five years performing roles in audit, tax and insolvency groups.

David has a Bachelor of Commerce degree from the University of Toronto. In addition, he obtained his Certified Professional Accountant (CPA) designation in 1992 during his apprenticeship with Price Waterhouse.

We use cookies and similar technologies to recognize your visits and preferences, as well as to measure the effectiveness of campaigns and analyze traffic.
To learn more about cookies, including how to disable them, view our Cookie Policy

The browser you are using is not supported that will prevent you from accessing certain features of the website. We want you to have the best possible experience. For this you'll need to use a supported browser and upgrade to the latest version.